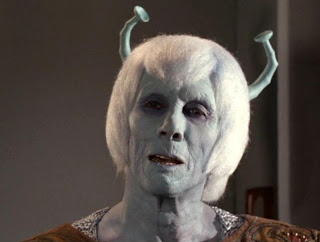 First appearing in the classic episode “Journey to Babel” in 1967, the blue skinned Andorians with their big antennas have since become one of the most recognizable aliens in the Star Trek universe, even though surprisingly they have only appeared a handful of times compared with other famous trek species. 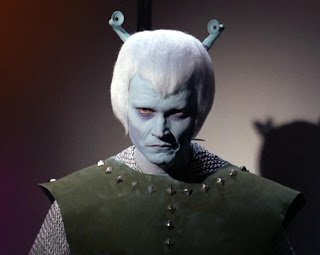 In "Journey to Babel" a conference is being held to decide whether the planet Coridan will be admitted into the federation. The Orions desire the Coridian dilithium for themselves so they surgically alter one of their own, Thelev, to look like an Andorian ambassador. Spock’s mother and his father, the great diplomat Sarek appear in this episode. This is definitely a very memorable TOS episode, and it made the Andorians and the Tellarites unforgettable aliens. 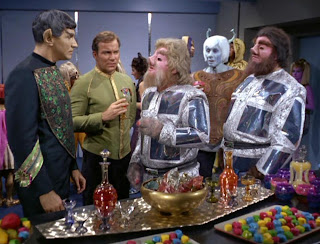 Sadly the Andorians would only be mentioned briefly or glimpsed at in other trek series. They appeared three more times in the original series, and twice in the animated series. Some Andorians can be seen in the background during scenes in Star Trek: The Motion Picture” and in “Star Trek 4: "The Voyage Home”. 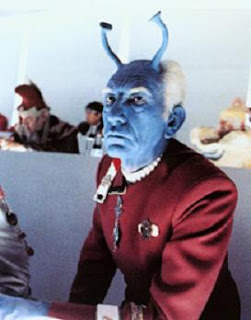 The ones in the first movie give me the creeps! The antennae are coming out of their foreheads and they look more like ghosts to me. Unfortunately on Star Trek: The Next Generation we only got verbal references to the Andorians. The only Andorian we get to actually see isn’t even a real one. In the episode titled “The Offspring” Data is trying to decide which species his daughter Lal should look like, and were treated to the sight of a weird looking Andorian holographic projection in the holo-deck. 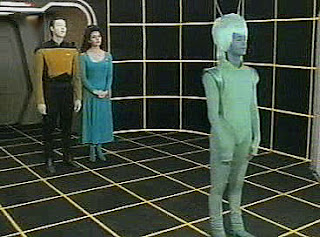 To make things worse she looks kind of green, Andorians are supposed to be blue!! Supposedly an Andorian can be seen on Risa in th episode “Captain's Holiday”, but I don’t remember ever seeing any Andorians in that episode. 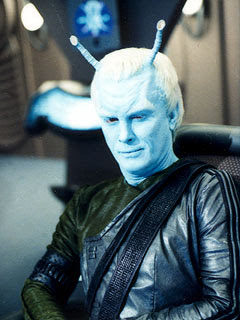 The Andorians finally got the attention they deserved more than three decades after they arrived on the scene. And we have “Star Trek Enterprise” to thank for that. They got an extreme make-over, for the better. The skin make up looks great, and the antennas are smaller and more realistic. Plus they move thanks to remote controlled prosthethics. 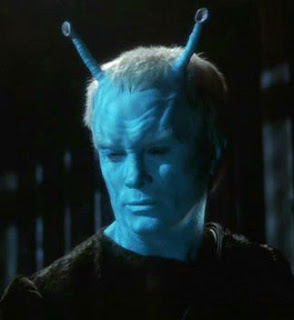 We also got treated to one of the most kick ass characters of any trek series, Shran -- of the Andorian imperial guard. Shran is played masterfully by Jeffrey Combs, AKA Weyoun of "Star Trek Deep Space Nine". 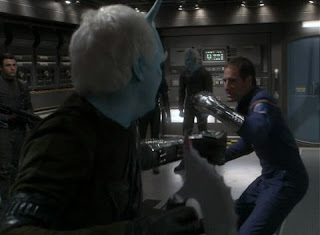 After Shran's shaky introduction to Captain Archer and his race of “pink skins” at the P’jem monastery they both start forming a friendship that eventually leads to the union of both their races. We also got to see an Andorian sub-species called the Aenar. These paler-skinned beings are a pacifist race, unlike the warrior-like Andorians. 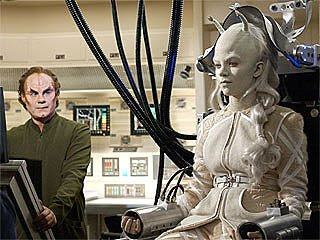 The Aenar also posses psychic abilities. One Aenar was used by the Romulans to remote pilot a ship that threatened to destabilize the quadrant by instigating war amongst earth and its allies. But the pink and blue skins prevailed in the epic episodes “Babel One”, “United”, and “The Aenar”. 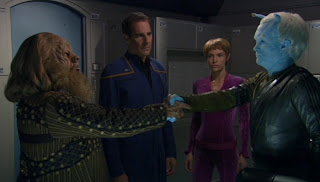 Eventually the humans, Andorians, Tellarites, and Vulcans made an alliance, the coalition of planets in 2155. This union brought victory against the Romulans in the Earth-Romulan war. And it led to the formation of the United Federation of Planets in 2161, which is briefly seen in the last episode of Enterprise, “These are the Voyages”. Sadly the Romulan war is never seen in the series. There's a jump in time from the penultimate episode to the last one. Lets see an enterprise reunion mini-series that chronicles the earth-romulan war!! A man can dream cant he? 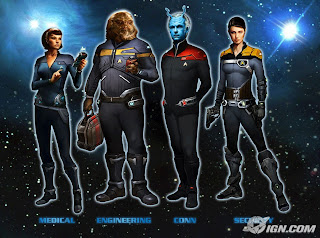 The Andorians have appeared in all sorts of trek merchandise over the years. They've also appeared in numerous trek videogames, including the upcoming “Star Trek Online” massive multiplayer online RPG, where you can create and play as an Andorian character. 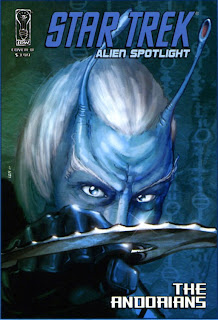 Most recently the Andorians appeared in a one shot comic by IDW that explains why Andorians aren’t seen much in the 24th century. Its called alien spotlight: Andorians. While they still belong to the federation they helped create, their participation in it has gone down dramatically. Many Andorians believe the federation has weakened them and they have isolated themselves in their homeworld of Andoria. 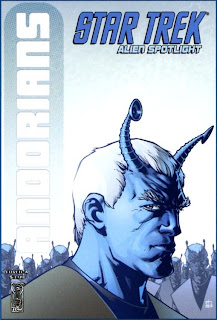 If the Klingons can become allies of the federation I'm sure the Andorians will eventually return to their original state in the federation. Let's not forget this comic book isn't really canon, but the story it presents makes a lot of sense so I'll believe it for now. 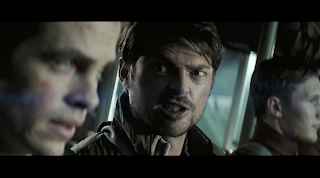 With the JJ Abrams movie only a month away I'm already starting to worry that Andorians will once again be overlooked. But the recently released clip “disease and danger” , which features McCoy meeting Kirk, has a reference to the Andorians as McCoy lists all the things that can go wrong in space including contracting a case of the Andorian shingles. Hopefully we will get to see some of them in the film, even if they're just in the background. Even if we don’t see them on the big screen this May I know they'll be back soon enough, because no one can keep these blue skins away for long. The Andorians are here to stay!!
Posted by The Nostalgic Gangsta at 10:00 PM