The Film Music experts at Film Score Monthly have put together an amazing podcast completely dedicated to the music of Star Trek. Among the guests is Jeff Bond, author of the book "The Music of Star Trek". Not only do they go over all the great cues from Star Trek's 43 year history but they also preview Michael Giacchino's score for the new film. I can not stress enough how good this podcast is. If you are a Trek fan or a film music enthusiast then you must check it out. The music of Trek has been created over the years by some of the most important composers in film history including James Horner, Alexander Courage, and the late great Jerry Goldsmith.
Does Giacchino's score hold up next to such great works? Find out by listening here.

The new toys for Star Trek have also begun popping up in international territories such as England, and Australia among others. Unfortunately the 3 3/4 line does not include the bonus bridge and transporter room pieces. Playmates is working with its international distributors to rectify the situation for future waves and shipments. 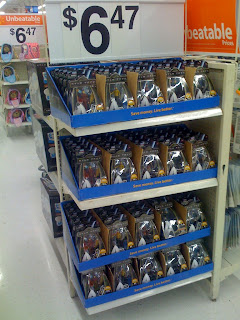 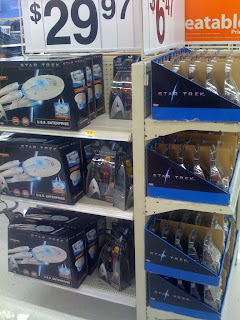 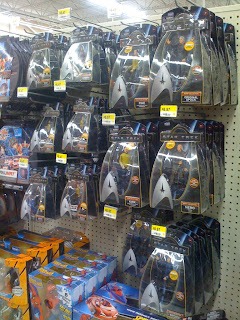 K-Mart has an end cap dedicated to Star Trek and Terminator Salvation (both toy lines are from Playmates) you should be able to find more items including the Scene it? game in the toy section as well. 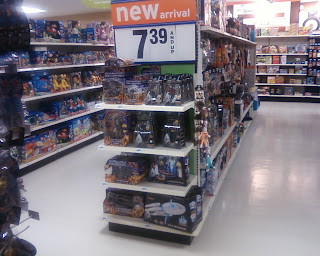 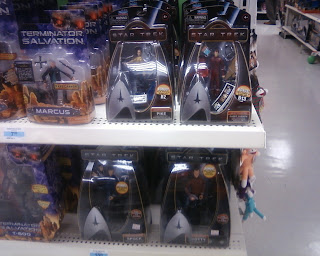 Posted by The Nostalgic Gangsta at 7:08 PM