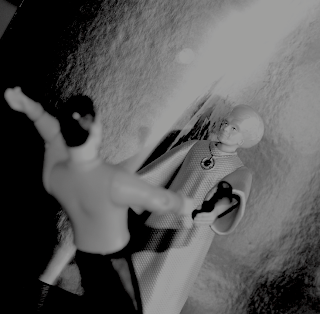 Continuing this week's theme I thought I'd take a look at the figures released by Playmates in 1996 to commemorate Star Trek's first pilot episode. Playmates released 4 figures from "The Cage" episode as part of their Star Trek 30th anniversary assortment. The set consisted of Captain Pike, Spock, The Thalosian, and Vina as the Orion Slave Girl. 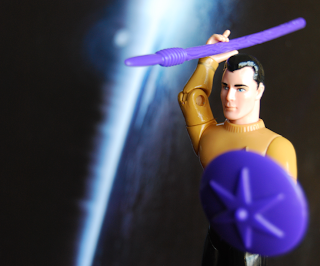 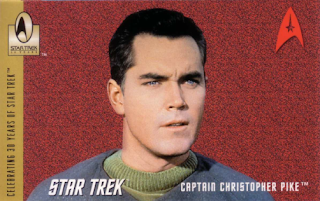 Each figure came packaged with a trading card from Skybox. Every time I dig out some of these figures I still find myself amazed at how great the 90s Star Trek line from Playmates was. The four figures from "The Cage" had great detailing and the actor's likenesses were pretty good for 1996. I was especially surprised with the Captain Pike figure, which in my opinion got pretty close to capturing Jeffrey Hunter's likeness. Spock too, but this was not the first figure released by Playmates depicting our favorite Vulcan, so I was already pretty happy with his likeness from the previous Classic Trek crew set. 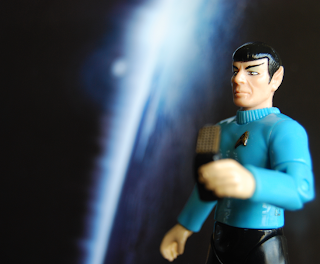 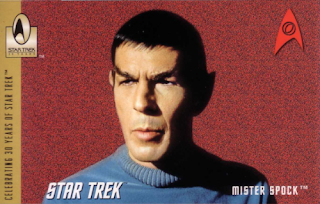 Another thing I loved about the Playmates toys was the accessories each figure came with. Each figure always came loaded with accessories and the sculpting on these was always top notch. The only issue I had with those was the lack of paint detail and their decision to just paint the accessories with one color, usually some weird neon shade of color. Spock comes with some great accessories including a portable library computer terminal and a landing party specimen cage. The Thalosian figure comes with a pretty cool handheld view screen which even has an image of Jeffrey Hunter as "Pike" taken from the episode. 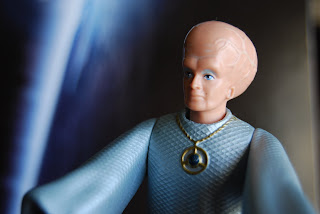 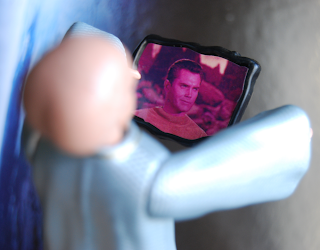 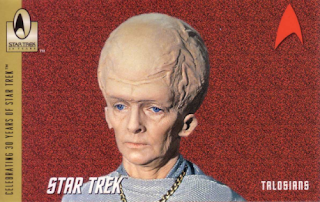 The packaging for this assortment was no different than for the rest of the line at the time. By 1996 Playmates had decide to consolidated all of their Trek figures from the various shows under one general Star Trek line and they all used the same packaging. These are still a lot of fun and they look great. I truly hope Playmates gets another chance at making more Trek figures after their movie line comes to a close. The Art Asylum releases have been getting more disappointing with each new wave. Playmates managed to deliver a mass market line in the 90s that was very satisfying to collectors even though it was created as a toy line first and foremost. I still think it had the perfect balance. 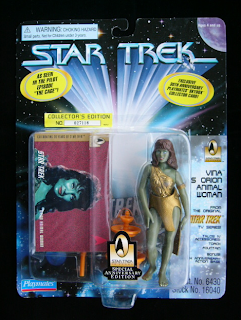 Posted by The Nostalgic Gangsta at 2:34 PM