I find it pretty interesting that one filmmaker has been able to work on the two most popular properties from Desilu Studios back to back, even if it just happened by pure coincidence.

You see JJ Abram's last two films ("Star Trek" and "Mission: Impossible 3") are both based on TV shows produced simultaneously by Desilu studios . "Trek" and "Mission" were actually considered sister shows back in the day, even though they aired on rival networks. Executive in charge of Production at Desilu, Herbert F. Solow, was able to sell both pilots on the same trip to New York city during the 1966 Pilot season. "Mission" sold to CBS, while "Trek" sold to NBC. 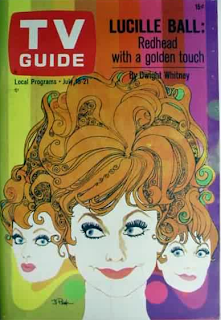 Desilu Studios was formed by Hollywood sweethearts Lucille Ball and Desi Arnaz back in 1950 with the hopes of creating television programming based on the comedic routines of the husband and wife duo. Lucy and Desi had been trying to convince CBS to let them adapt their radio series "My Favorite Husband" to television. The following year their dream came true when CBS premiered the now legendary sitcom "I love Lucy". 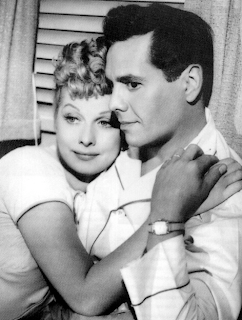 The couple decided to continue developing more programming and soon started buying up studio space. By the time the first "Star Trek" pilot came along in 1964 Desilu had sound stages in three different parts of Los Angeles, but not much original programming to fill them with, so they resorted to renting out the space to other productions. 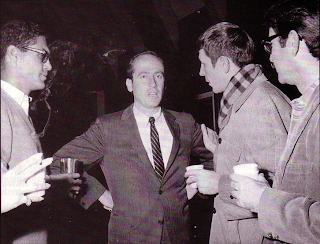 When the Star Trek pilot was given the green light it was up to Herb Solow and First Assistant Director / Associate Producer Bob Justman to put together the biggest production ever in the history of Desilu. After NBC turned down the original pilot ("The Cage") and agreed to a second pilot it was up to them to do it all over again. This time with less money and much more at risk since the amount NBC had given them to produce both the first and second pilot was not enough and Desilu had to cover a lot of the production costs. 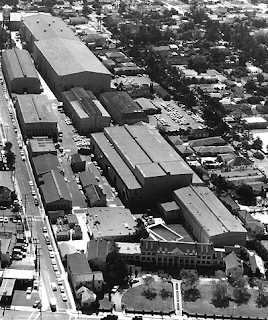 Desilu's Culver City lot -- where both Trek pilot's were shot.

After the second pilot wrapped production, Solow contacted Justman one more time asking him to help put together the pilot for a new series called "Mission: Impossible", which had been created by Emmy Award nominated writer Bruce Geller ("Have Gun, Will Travel", "Mannix") Both "Star Trek" and "M:I" went on the air in the fall of 1966 and the rest as they say is history.

The following year Lucy sold the company to Gulf + Western, which merged it with its other production company -- Paramount Pictures -- renaming it Paramount Television.
As a result, Desilu's four series on television at the time; "Mission: Impossible", "I Spy", "Mannix", and "Star Trek" became the property of Paramount. 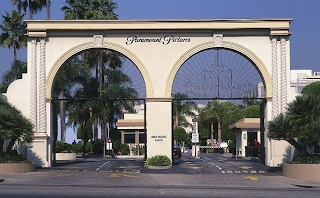 Almost twenty years later JJ Abrams got to produce and direct the third installment of the Mission: Impossible film franchise for Paramount and due to the film's success he was soon offered a deal with the studio, making Paramount the home for his future theatrical projects. 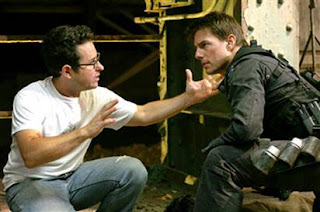 At the same time the new administration at Paramount decided to bring new life to their family jewel -- the other hit show they had once inherited from Desilu; "Star Trek". Mr Abrams soon got the green light to take the reins of this relaunch, and that brings us to were we are right now, just weeks away from the theatrical release of his all new vision of "Star Trek". Abrams should consider himself quite lucky. I'm not sure any other director has gotten the chance to work on bringing to the big screen two classic Hollywood series from the same studio back to back. I wonder what Lucy and Desi would think of his accomplishment if they were both still around.
Posted by The Nostalgic Gangsta at 11:30 PM