The Making of Star Trek: The Next Generation trading cards 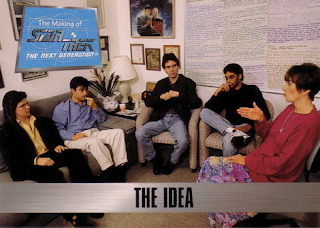 In the spring of 1994 as "Star Trek: The Next Generation" was finishing up production on its final season the folks at the Skybox trading card company sent photographers to the set to document the production process of the last couple of episodes of the show. These images would become the basis for a collection of 100 trading cards that would give fans of the show a look at what it took to produce an episode of the top rated syndicated drama. 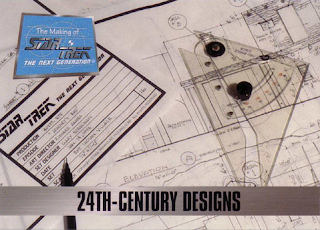 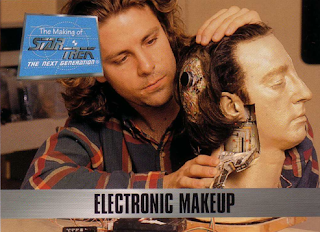 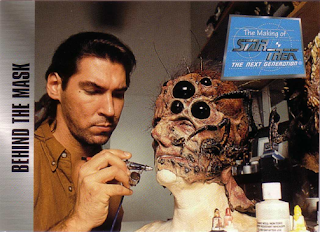 A few months after the show wrapped production, the trading card set was released in three different editions. Each edition contained the same 100 card base set, the difference in each of these editions was the bonus premium. One set included a series of three dimensional images, while another included a commemorative pin with the logo for the final episode of the show, and the third set included a holographic card of the Enterprise encased in lucite. 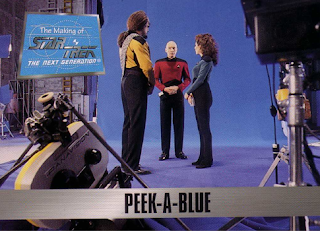 The reason I love these trading cards is that they give fans a peek at images they would not be able to see anywhere else. I hate trading card sets that only feature still frames taken directly from the show or film they are based on. There's nothing special about that at all, but these cards have some very exciting images that are quite insightful and do reveal a great deal about the process behind the production of a weekly television series. 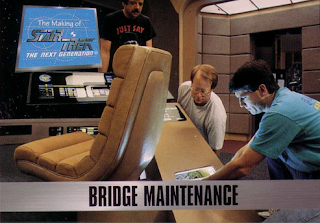 The card set gives you a look at every step of production, from the early story meetings, to casting, principal photography, and visual effects. The back of each card features descriptions of the specific stage of production depicted on the front of the card. 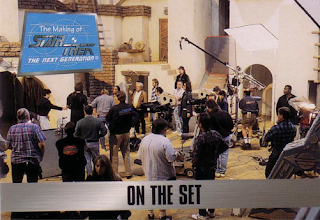 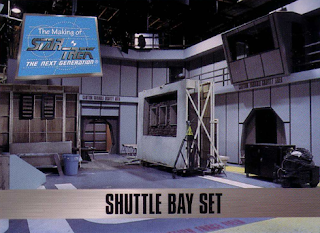 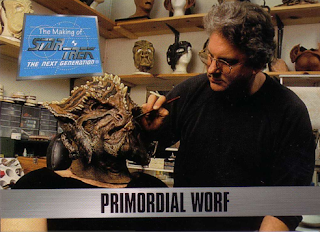 1994 was a very exciting year for "Star Trek" fans and one of the most important events was the end of The Next Generation's TV run. These images take me back to those days and remind me of all the hype and excitement surrounding anything that had to do with "Star Trek". I hope those days come back soon. In the meantime a set of trading cards like this one reminds us of how popular "Star Trek" once was, to the point were even the people behind the making of the show were getting the opportunity to share the spotlight with those in front of the camera.
Posted by The Nostalgic Gangsta at 11:19 PM